here are a couple of images of my first pair of new shoes. they are black and red “hot rod” shoes made by joe’s garb. which evidently is no more, as their website pages redirect and/or comes up with errors.
from poking around online, joe’s garb was a mid-range brand based on shoes designed by esquivel. it was around and active in the early 2000’s. esquivel also made high end shoes, and evidently he caught the attention of the right people and became well known for his shoe designs (and expensive ones at that). so i guess the joe’s garb line was shuttered at that point.
anyway, here are a couple of pics of my shoes before they get all scuffed to hell, taken in my ’55 bel air. first, lounging in the front seat: 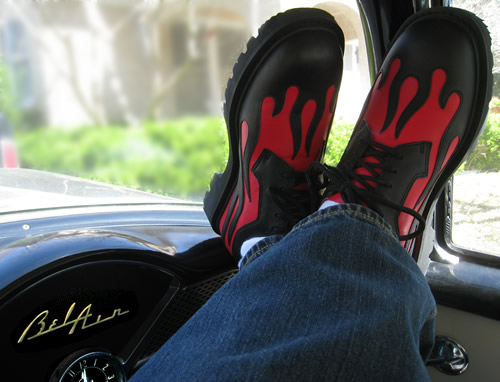 then, behind the wheel: 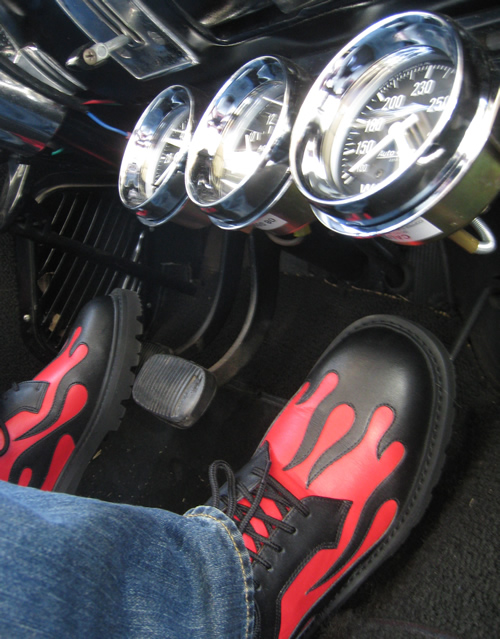 joe’s garb made at least two color combos in the men’s model, and i actually wanted the black and white version. but when the pickings are slim, sometimes you have to compromise. (just don’t tell the ladies you say that about them. and they won’t tell you they say that too.)